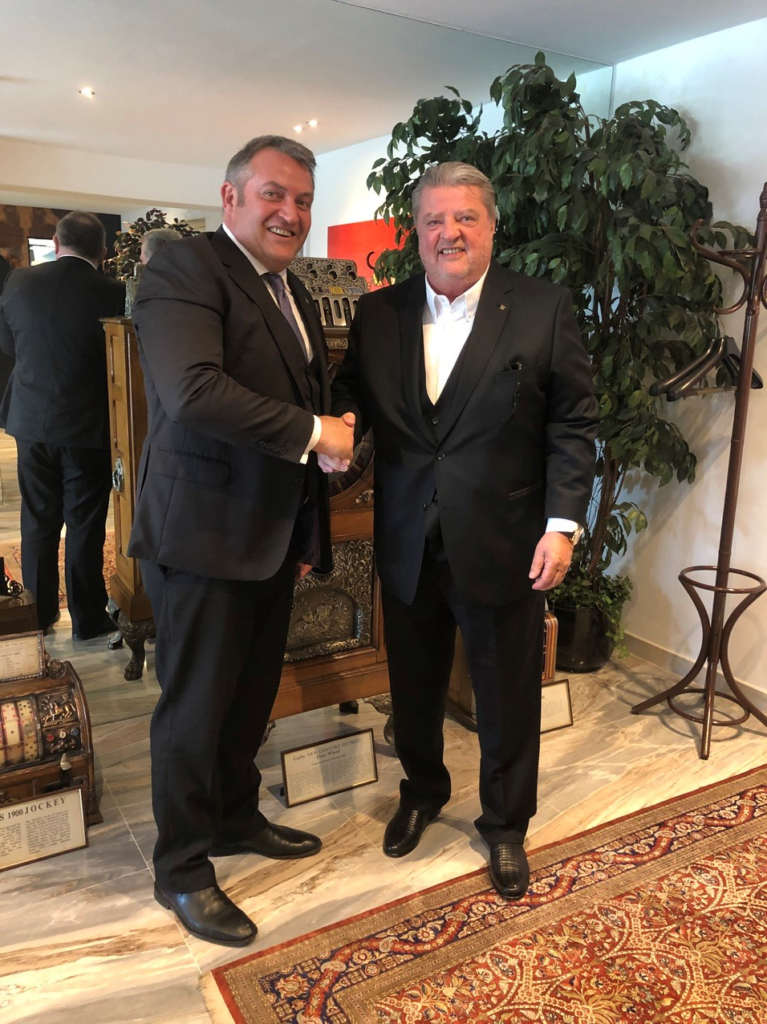 Fresh from gaining the unanimous support of EUROMAT members for a second term of office at the association’s Annual General Meeting in May, EUROMAT President, Jason Frost, made his way to Vienna in June to meet with industry legend Professor Johann Graf, President of Novomatic. The meeting was brokered by industry veteran, and long-time adviser to Professor Graf, EUROMAT First Vice-President Uwe Christiansen.

The meeting was an opportunity for Frost to set out his vision for EUROMAT and get some unique insight from one of the industry’s most successful figures. Commenting on the meeting, Frost said “If EUROMAT is going to be successful, then it needs to talk on behalf of the industry but also listen to it. Who better to listen to than somebody that has built one of our industry’s most significant global success stories. In Europe, we are really lucky to have some world-beating companies close to home and I believe EUROMAT should leverage that more effectively”.

Frost was re-elected at the association’s AGM on the 13th of May in Amsterdam along with Uwe Christiansen as First Vice President and Sanne Muijser from the VAN Kanspellen Branchorganisatie as Treasurer. The new team have a two year mandate.

Back to Press Releases