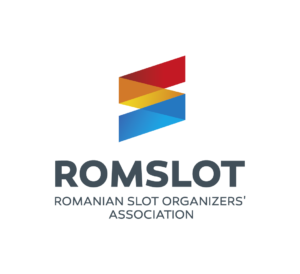 ROMSLOT is the voice of the gambling industry in Romania, bringing together the most important players in the slot machine industry, from gambling hall operators to device manufacturers.
Since its establishment, ROMSLOT continues to be the strongest voice in the dialogue with the Romanian authorities and carries out actions for a correct image of the industry. The main objectives of ROMSLOT are to streamline the regulation of slot-machine games, improvement of the reputation of the industry, but also to solve the punctual problems of the members.

ROMSLOT laid the foundations of the first and only integrated Romanian program (RESPONSIBLE GAMBLING) for education and prevention of gambling addiction as well as psychological counseling for people who have exceeded the recreational limit of gambling. Subsequently, the RESPONSIBLE GAMBLING program was embraced by the other organizations that represent players in the slot machine industry in Romania.

At the beginning of 2021, ROMSLOT launched THE TRUTH ABOUT GAMBLING.ro, the most daring communication campaign of the gambling industry in Romania. Through the portal www.AdevarulDespreGambling.ro we set out to be transparent and to tell the truth about an industry that faces many prejudices, myths and controversies. The main goal is to educate journalists, civil society and the political class on the fact that the gambling industry is not just about slot machines, entertainment, gambling halls and prizes. Gambling is one of the Romanian industries that are rigorously regulated and supervised, this industry means taxes, contributions, zero tax evasion, social responsibility, consistent support for the real estate market, consistent investments in continuing education of employees. 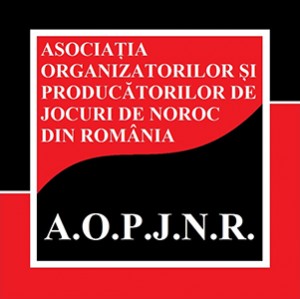 In the 1995 year A.O.P.J.N.R. was set up and it was the first such association occurred in Romania and even since its foundation it started to confront with many issues related to this new kind of economical activity.

Some of the first difficulties with which the association faced, were the absence of a well-defined legal frame, corresponding to the activity’s dynamics from that period and the need to persuade the authorities of the utility of A.O.P.J.N.R. acceptance as a dialogue partner in order to issue a new legislation for this area.

In the 1999 year occurs, as result of collaboration between Ministry of Finance and A.O.P.J.N.R. representatives, the G.D.- Government Decision (HG)No. 251 as norm for application the G.E.O.- Emergency Government Ordonance ( OUG) No. 69/1998 and that, through its content, makes a forward step for legally frame improvement for this area and recognizes the utility of A.O.P.J.N.R. by accepting its representatives participation to the Commission for Gaming Authorization meetings.

VAT appearance has started a new stage for A.O.P.J.N.R. dialogue with the authorities, action that has been concluded with VAT exemption for the gaming organization activity.

The 2005 year represented a moment of maximum importance for us, A.O.P.J.N.R. becoming member with full rights of Euromat – European Gaming and Amusement Federation.

In terms of legislation, year 2009 was a very important moment for A.O.P.J.N.R. through decisive involvement in drafting and approval of new normative acts in the field of gambling, namely the G.E.O. 77/2009 and G.D. 870/2009 , with which we contributed to the maintenance in the market of small and medium-sized operators.

The permanent involvement of A.O.P.J.N.R for protecting and promoting the interests of majority of operators continued also near O.N.J.N.( National Office for Games of Chance ) , in 2013 the new born institution dedicated to the gambling sector in Romania.

The evolution of the gambling sector and structural changes have made it necessary to amend the previous legislation, so in the year 2015, G.E.O.77/2009 was modified, and in 2016 the G.D.870/2009 was modified resulting in a new normative act G.D.111/2016, A.O.P.J.N.R. contributing decisively to the drafting of the two normative acts.

In the actual and last pandemic years, we concentrate together with the other profesional Association in our sector to explain the impact and  determine  the authorities to adopt legal solutions for compensate even partial the economic effects of the imposed restrictions.

Also , the diminuation of the impact on the majority of the operators from an abrupt changing of the actual technicall generation of slot machines, is our actual goal , for an extension of the neccessary transition period.

A.O.P.J.N.R make a merit from managing their efforts to translate and print this booklet in Romanian language and to present it to the competent authorities in the field, to our members and not only , thus making the first steps towards the implementation of the concept.

In social terms, A.O.P.J.N.R. initiated the Responsible Gambler program since 2013, a program that promotes the application of principles of practicing the responsible gambling at the level of its members and informing briefly the players through flyers posted in location and through internet web site  about the need to respect these principles in order to counteract the addiction this activity can generate.

For the future we intend to be part of the new set up in the last years Responsible Gaming  Association, to integrate the industry efforts for that important subject , in the program Responsible Gambling .

The Romanian Association of Gaming Organizers and Producers (A.O.P.J.N.R.) includes at present producers and gaming organizers activating in Romania ,who own the license for producing , distributing or  for operating land base gaming ( slot ) machines or bingo into halls.